Welcome to Ralph’s rants. Today we have Gordon Dymowski joining us, hello and how are you, Gordon? 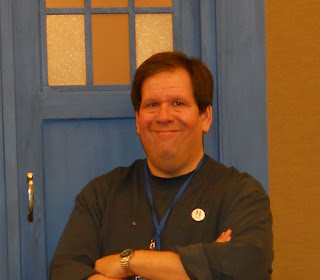 
Glad to hear it then, let’s get right into it, why don’t you tell my readers a little bit about yourself?


By day, I’m a freelance marketing consultant for nonprofits, social enterprise, and small businesses. I also write for I Hear of Sherlock (a Sherlock Holmes blog) and Chicago Now.  Co-host the Zone 4 podcast, run a Doctor Who Meetup group, and…well, basically try to avoid being a “real” adult, whatever that is.


How many pieces (Stories, Novels etc.,) have you had published? 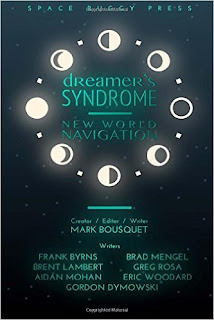 For Airship 27, I’ve been published in Legends of New Pulp (‘Pather) and Black Bat Mystery Volume 3 (The Magnificent Anderson). For Pro Se Productions, my stories have appeared in Tall Pulp (Crossing McCausland) and Moose & Skwirl (All Roads Lead to Rome). And I’ve had one story published in Space Buggy Press’ Dreamers Syndrome: New World Navigation (When Angels Fall), and got my start in the Les Vamps anthology (Out There In the Night).


What genre do you write in? Adventure fiction or new pulp as it is commonly known? 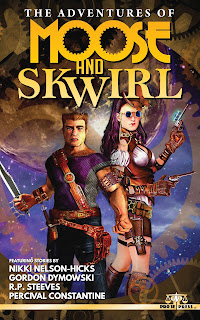 I would definitely consider myself a “New Pulp” writer, and my focus is on more mystery/thriller oriented writing.


What is your favorite published piece that you have out there?


In all honesty, “When Angels Fall” (Dreamer’s Syndrome: New World Navigation) is the one I’m proudest of….and not just because it was nominated for a Pulp Factory Award.


It’s a private eye tale, and I love detective stories. It’s where Lovecraft, Chandler, and John Milton have a massive jam session. Plus, there’s a heroin addict turned cartoon bear.


(And for those of you reading….that last statement makes perfect sense once you’ve read the story)


But it’s the first story where I felt I found my “voice”, to use a writer’s cliché – it was the first time that a story came out the way it sounded in my head.


What authors inspire you to write? 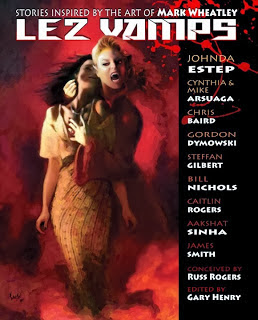 When I was a child, two series made me want to write: Bantam’s Doc Savage reprints…and The Three Investigators. (Hey, don’t scoff – early books featured Alfred Hitchcock as a lead character, and those were as close to pulp as a ten year old could get in those days. Mock me at your peril!)


In my college days, I was inspired by Raymond Chandler, Mickey Spillane and Robert B. Parker. In fact, their styles seemed easy to emulate, so I tried writing like them.


As a result, I acquired a large collection of rejection slips. Their style of writing isn’t that easy, which is why it’s so good. But they were the guys who struck some chord that made me think, “Yeah, I can do this.”


Keeping with the same train of thought, who are the biggest influences on your writing? 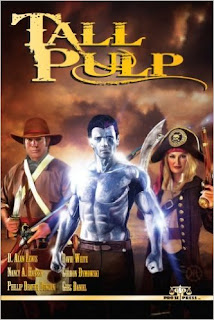 
What era is your favorite to write in? 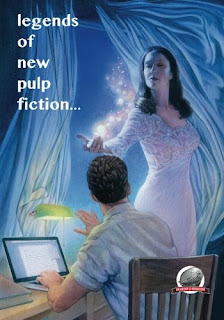 This may sound like a complete non-sequitur, but Westerns. Wrote a story for a Pro Se anthology (read on for more details), but I really loved the challenge of writing a Western


And the whole World War Two era (mid-1930s to late 1940s) fascinates me – perhaps it was because both of my grandfathers served in that war (my mother’s dad was a medic in the Phillipines, my father’s dad was artillery in Persia), but there’s something about that era that really resonates with me.


Do you have a favorite character to write? 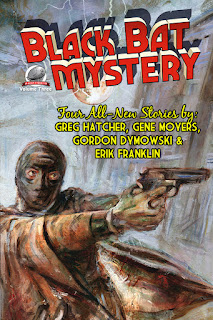 That’s easy: The Black Bat. Loved writing a currently-unpublished comic script, and had a blast writing him for Airship 27. Yes, everyone, Black Bat Mystery Volume 3 features the Black Bat/Orson Welles showdown you were looking for!


OK, so maybe you weren’t, but it’s a darn good story nonetheless.


I’m also eager to revisit two of my own characters: Screenwriter-turned-PI John Brant from Mark Bousquet’s Dreamer’s Syndrome: New World Navigation, and Natan Bodaway, the Martian colony lawman from Legends of New Pulp (‘Pather). In fact, I have a story idea involving Bodaway that’s kind of crazy….but is just so pulp.


What do you have coming up for release next? Tell us a little about it?


Right now, just finished a short story for Sean Taylor’s It’s Been A Long Time anthology, featuring noir stories inspired by classic songs. I’m also writing a four-issue series for Last Ember Press called The Crimson Badge which – believe it or not – is not a Western…but it is pulp.


What do you have scheduled for release the rest of the year?


Let’s look at what’s in the pipeline: have one story in process for Airship 27. (Trust me, it’s worth not spoiling). For Pro Se, I have stories coming up for Hollywood Detective, Pulpternative, and some other anthologies that I can’t discuss.


Is there anything else you would like my readers to know about Gordon Dymowski?


Some people often confuse me for Tommy Hancock. One way to tell us apart: Tommy’s much younger...and much slimmer.


Also, please feel free to give my work a try – all of my books feature great stories by some great writers, so you’ll definitely find something worth enjoying!


Sure – readers can check out my personal blog, Blog THIS, Pal!, at http://blogthispal.blogspot.com. You can check out my writing via Amazon at  http://bit.ly/GdymAuthor, and follow my Facebook author page at http://www.facebook.com/gordonrdymowski. People should check out I Hear of Sherlock (http://www.ihearofsherlock.com) and Chicago Now’s One Cause At A Time (http://www.facebook.com/OneCauseAtATimeCNow). Links to all of these can be found via http://www.gordondymowski.com


Thanks for joining us here today Gordon, it’s been a real pleasure having you here. Take care and have a great day!


As always all of my own books are available at http://RLAngeloJr.com or http://tinyurl.com/ralphsamazon


Subscribe to my blog! Click on the link at the top of the right hand column to get my daily rants delivered to your inbox.